Healthcare Investors of the South Conference

Key Takeaways from the panel include:
• Congress is on a constant quest for more data, more cost reports, and more transparency, and it’s working on the assumption that things are not what they should be when that’s not the reality of the situation.
• The problem for Private Equity is similar to the problem facing PBMs, because they’re viewed as a black box. Private Equity doesn’t have an effective lobby like Pharma or any of the other entities in D.C., so Private Equity is easy to point a finger at. If Private Equity is not at the table, it can end up on the table. Private Equity needs to open its checkbooks and invest in lobbyists to advocate on their behalf and actively engage.
• The onus is on Private Equity to be able to prove its compliance program is second to none, clinical programs are executed well and above board, and are available for audit at any time. Private Equity must arm itself with sound arguments that it’s delivering the best quality care, regardless of whether it’s for profit or not for profit.

“Private equity healthcare investors are under increased scrutiny from the government and whistleblowers, who gravitate towards the perceived ‘deep pockets.’ The government is particularly focused on individual liability for Private Equity executives who serve on the boards on their healthcare portfolio companies.”
-Jennifer Weaver |Healthcare Industry Co-Chair and Partner, Waller 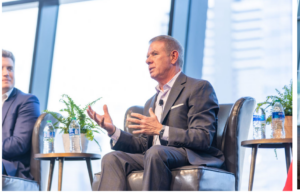 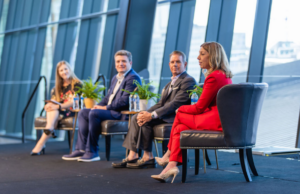 About the HITS Conference:

Leaders in private equity, financing, M&A, and development gathered to share insights and observations at the inaugural “Healthcare Investors of the South” conference, hosted by Gallagher, LBMC, Raymond James, and Waller. This day-long intersection of thought leaders produced an essential road map to navigate headwinds and tailwinds as the healthcare industry emerges from a pandemic and faces an uncertain economy.

Hospices have seen a spike in regulatory audits that could intensify as utilization rises.

The U.S. Centers for Medicare & Medicaid Services (CMS), their contractors and the U.S. Department of Health & Human Services Office of the Inspector General (OIG) have been digging deeper into the hospice space in recent years, and many hospices are working to strengthen compliance in case auditors come knocking.

As utilization climbs, so does the amount of dollars CMS spends on hospice care, spurring agencies to step up enforcement in an effort to control costs. Medicare hospice expenditures rise by about $1 billion annually, according to CMS.

This impetus is coupled with investigative reports from OIG identifying both serious quality concerns and vulnerabilities in the system when it comes to billing and reimbursement. In the aftermath of these investigations, hospices have found themselves under more intense scrutiny while navigating survey reform and enhanced oversight.

Even if auditors do not find deficiencies or violations, the audit process can be a very time-consuming and expensive process for providers, particularly in terms of personnel work hours.

“CMS auditors often look for every little error. If they see a pattern of errors, then their antenna goes way up, and it causes them to say,‘Okay, we’ve got a provider here that isn’t paying attention to the details that are important to the regulator,” Jon Rawlson, founder and president of Armory Hill Advocates, LLC., told Hospice News. “It then puts them under this levels of scrutiny that they can avoid if they take the extra time to really understand what is required by CMS and contractors.”

Many hospice providers express uncertainty about their ability to weather an audit. Even prior to the pandemic, fewer than 50% of hospices indicated that they were ready for a federal audit or additional document request, according to a 2019 survey of 170 organizations by Optima Health.

CMS briefly suspended most audit activity during summer 2020 at the height of the COVID-19 public health emergency, but now they are back in full swing.

The TPE program is designed to identify providers that have frequent errors on their Medicare claims or billing practices that CMS considers to be unusual. TPEs also focus on services that have high national error rates and represent a financial risk to Medicare, according to CMS.

When selected for a TPE, hospices receive a notification letter from their MAC. The contractor then pulls and examines between 20 and 40 of the organization’s claims and supporting medical documentation. If the MAC finds discrepancies, the hospice has 45 days to correct the issue.

A TPE is designed to be more of an educational process than punitive, but UPICs take a different approach.

“The TPEs that I’ve seen are a more productive and collaborative process with the contractors to improve a provider’s documentation and processes,” Jennifer Weaver, attorney and health care industry co-chair at national health care law firm Waller, told Hospice News. “It’s actually been helpful in improving their compliance operations. UPICs are very disruptive.”

UPIC entities contract with CMS to conduct investigations and audits related to potential fraud, waste or abuse within Medicare and Medicaid programs in their geographic jurisdictions.

UPIC audits often begin with a request for documents, including claims and related materials, as well those related to a hospice’s business practices or relationships, including referral partners. Site visits may follow.

If the contractor perceives signs of wrongdoing, the UPIC may refer the case to law enforcement like the OIG or the U.S. Department of Justice.

Hospices can appeal UPIC findings. But in many cases the auditor can penalize the provider before the hearing occurs, which could take several years due to an extensive backlog, according to Weaver.

Providers should be cognizant of certain factors that agencies consider red flags. These include missing signatures for certifying physicians, incomplete or inaccurate documentation, long lengths of stay or high rates of live discharges.

“Most of these UPIC audits are triggered by data mining. UPICs have access to the entire Medicare and Medicaid database of all claims, and so they’re looking for outliers in different jurisdictions,” Weaver said. “It might be the prevalence of a certain code being used much more frequently compared to their peers.”

Hospice providers are also reporting increases in MAC audits for general inpatient care (GIP) stays that are longer than seven days, though CMS has no rules that limit the time patients can receive those services.

In addition, the question of hospice eligibility is one of the most frequently targeted issues in regulatory enforcement, whether through audits or criminal investigation.

OIG also conducts audits that are separate from the TPE and UPIC activity, and the eligibility issue is on their radar. The agency is planning a nationwide audit of hospice eligibility in 2023 that will focus on patients who did not have a hospitalization or emergency department visit prior to electing hospice.

“Eligibility for hospice is based on a physician making a determination that the patient has six months or less to live, but physicians aren’t mind readers. You’re going to see people taking advantage of the system, but that’s very much the exception to the rule,” Weaver said. “Disease courses aren’t predictable. There’s variation, and clinicians use their best medical judgment.”

OIG is also zeroing in on payments for services that fall outside of the Medicare Hospice Benefit, methods for calculating the inpatient aggregate payment cap and billing for advance care planning.

To stave off audits or avoid associated penalties, providers need to have a “robust” compliance program, Weaver said. One key strategy is for hospices to audit themselves to identify potential concerns before a regulator does.

In a self-audit, the organization puts itself through the paces to assess its own systems and processes. Industry organizations such as the National Hospice & Palliative Care Organization have developed tools that organizations can use to guide their self-assessments.

“Even with small providers, I always recommend doing documentation reviews and an internal audit at least annually, if not more often, to try to catch these things before the government catches them,” Weaver told Hospice News. “You get much better results if you are proactive and find problems and correct them and hold people accountable if there are compliance issues.”

How to Navigate UPIC Audits

Providers need to advocate for themselves to ensure they understand what is at stake for providers and their patients, according to Jon Rawlson, founder and president of Armory Hill Advocates, LLC.

“I think hospice providers always need to be on the front lines of having conversations with members of Congress on how any type of change in reimbursement methodology impacts them,” Rawlson told Hospice News. “This should encourage them to have conversations at home in the district with members of Congress and congressional staff on a regular basis. And I think the smaller the provider, the more important that conversation.”

Read more by clicking on the link below.